In order to study the agronomic performance of seven genotypes of yellow corn Zea mays under conditions of the municipalities of Nariño, La Union and Sandona, the department of Nariño. The cultivars L4/06B, L5/06B, L6/06B, L7/06B, L8/06B, improved variety ICA V-305 and cultivar experimental Population 19 were evaluated under a Randomized Complete Block with four replications in each of the localities. The variables evaluated were: days to male and female flowering, days to fill ear, plant height, first ear height, days to harvest, number of pods per plant, ratio grain/ear, weight of hundred grains and performance. The data analyzed through the combined analysis of variance and mean comparison tests of Tukey. The earliest genotypes in the evaluations were ICA V-305 in La Union 65 days to female flower (DFF) and L5/06B with 65,5 DFF in Nariño. The genotypes most prominent of the three locations were L7/06B and L6/06B with 68 and 69 DFF, respectively. The genotypes having the highest found in the evaluation were Population 19 in Sandona with 1,73 m and L5/06B with 1.67 m in the Union. The genotypes for yield in the three locations were Population 19 and ICA V-305 variety emphasizing values 2006,53 Kg/ha in Sandona and 1708,58 kg/ha in Nariño, respectively. 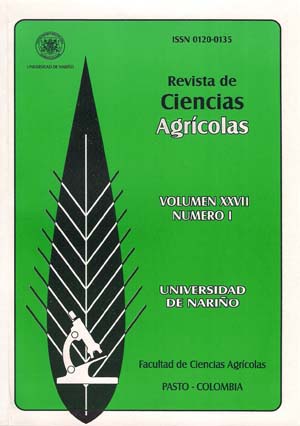